Drive Legal Now is subsidiary and property of the Law Offices of Attorney Bo Schimers and Associates. Our law office has been serving the downriver and metro Detroit communities for nearly 30 years. A proven track record as a leading OWI and OWVI attorney is one of the leading reasons why would appreciate an opportunity to provide a free phone consultation and the privilege to fight for you.

The legal process of a well constructed OWI, DWI, DUI, OWVI or OUI case starts well before encountering law enforcement. At Drive Legal Now, our legal research starts with a full investigation of facts leading up to the engagement with a law enforcement officer. Our research meticulously documents facts throughout the course of the law enforcement engagement and arrest procedure to ensure that your right have not violated.

State of Michigan OWI Legal Process – Arraignment – After the arrest process, a courts will schedule an arraignment hearing. At arraignment time, a judge will read a list of the drunk driving (OWI, OWVI) charges against you and request a plea. You have the option to build guilty, not guilty, or no contest. After you enter a plea, your bond will then be set by the court. A DUI lawyer is not required to be present at arraignment yet highly recommended and at the very minimum, consulting with a reputable attorney is even more highly suggested.

State of Michigan OWI Legal Process – Pre-Trial – Pre-trial is the next stage of the Michigan DUI process. At this point in the legal process, the prosecutor and defense lawyer discuss matters and issues pertaining to the case as well as negotiate plea deals. There may be several pre-trial conferences before the DUI trial.

State of Michigan OWI Legal Process – Trial – A motions/evidentiary hearing will be schedule in which both sides may file motions to prepare for the trial. A motion may be filed in order to receive evidence from the other sides, such as a police videotape from the night of the arrest. Motions may also be filed to keep evidence out of the trial, such as the breath test results or statements made by the defendant after being arrested. Your DUI lawyer may question the validity and accuracy of the prosecution’s evidence during this hearing.

Jury selection is the next stage in the Michigan DUI process. After both the prosecution and defense have selected the jury, the trial may begin. During the trial, each side is allowed to present an opening statement, explaining their version of the case. Next, witnesses may be called to testify and may be cross examined by the other side. At the trial, the prosecutor must prove beyond a reasonable doubt that you were guilty of driving under the influence. After all witnesses have testified and evidence has been entered, each side may present a closing argument. Once the closing arguments have been made, the jury deliberates to decide on a verdict.

Driving Under the Influence, DUI – Legally speaking in Michigan, the term Michigan DUI is not a valid legal term. The fact that we as consumers frequently converse with or search the term “Michigan DUI Attorney”, the most closely related legal term would be Michigan OWVI (operating while visibly impaired) and an attorney that specializes in this discipline would be a Michigan OWVI Attorney.

Operating Under the Influence, OUI – In Michigan this term is used interchangeably with DUI, OWI and other terminology. The terminology is most consistent with the laws relating to OWVI, or Operating While Visibly Impaired.

Driving While Under the Influence, DWI – In Michigan this term is used in conversation interchangeably with OWI however in a court of law the official designation for this type of drunk driving offense is OWI.

Operating While Under the Influence – OWI – In Michigan this is the official legal term and offense associated for offenses pertaining to operating a motor vehicle while under the influence. This term is used interchangeably with DWI, driving while intoxicated. 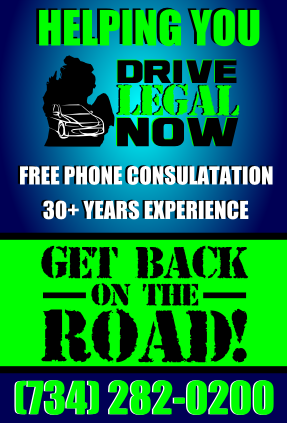